3 Reasons Why You Should Watch Slam Dunk!

Slam Dunk is one of the most beloved sports anime of all time. Having recently watched the series myself, I realize why it’s loved by so many and how it continues to impress people despite the fact that it is a 20 year old series. And so having been converted to a Slam Dunk fan, I’ve gathered 3 reasons why you should Slam Dunk!

Even though Slam Dunk doesn’t have characters using flashy moves and awesome super powers the matches between teams are highly exciting and fun to watch. Nearly all the matches in the anime had me on the edge of my seat shouting  for my favourite team shohoku to win. The matches has plenty of twists and unexpected moments which will either make you jump up and down out of joy or bite you fingernails. 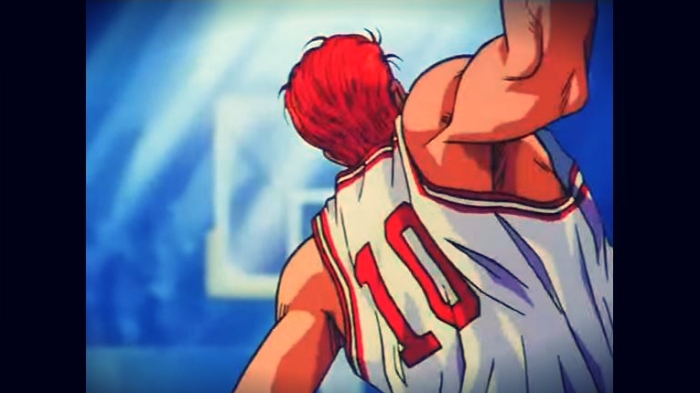 Since this anime is about basketball, to be able to enjoy you need to have a little bit of interest for the sport and also know a bit about the rules. This can stop some people from watched sport related anime however, I think slam dunk does a great job explaining things in a way everyone can understand and it does it in way which is fun to watch and also makes it very interesting.

Despite being a sports anime, without a doubt the strong point of this series is it’s characters. The show has a wide range of characters but the main character is one who is loved by many. It is none other than Sakuragi Hanamichi! Everything about him from his rather sad back story to his basketball plays is amazing and fun to watch. As the matches get intense there always a part of me which hopes he does something amazing and he does at the least expected moments!

DriggerV An ordinary guy with an extraordinary passion for everything anime related. Yes, that sums up me as an individual. I started blogging because I realized my life is very anime oriented and thought”why don’t I become more productive by using my hobby?” and thus “New Sekai” was born! I’m currently a 16 year old college boy living in the UK and dreams of one day going to Japan and witnessing and learning more about my favourite country’s rich tradition and customs.
Published January 14, 2016January 14, 2016

8 thoughts on “3 Reasons Why You Should Watch Slam Dunk!”